The Rock Pilot Episode of the WBRO Wakeup Call was a project I did quickly to pilot a possible program targeted at helping the high school kids in Crawford County, Indiana and the surrounding area get up and ready for their day. Given my own schedule and that of the station owner, I doubt it will gain traction unless one or more students decide to take up the project with WBRO. I was in the station one Saturday morning when the main computer that drives the programming had issues. The CD player still worked and could be set to loop. I grabbed a couple of CDs sitting there but couldn't get them to play. I then grabbed a copy of a CD with this pilot program on it and it played fine. We left the station assuming the owner would be by later that day to get the computer back online. It was a bit satisfying driving away from the station and hearing the program play on my car radio as I drove home, even though my only real goal was to avoid dreaded "dead air".

The station owner did make it into the station but not until later on Sunday, which means the program looped for well over 24 hours. As the program was intended to be only a 30 minute program, I am sure folks got a bit tired of hearing it on a continual loop. :)

As this was a pilot,  the primary goal was to do something quickly. I would certainly like to redo some of my voice work. While the audio intros and voice work is somewhat OK, what I enjoyed the most and feel the best about is the audio mixing that took place. The audio is not adjusted much in the tracks themselves, but there are some Easter eggs. The audio bandwidth is pretty saturated in most tracks, but particularly when I had some headroom, I did some bass boosting and editing for content. In particular, I tried to boost or do some fill-in where the audio lagged a bit. Radio stations want their content to sound "bright" and want it to "pop", so the audio is somewhat modified for that environment.

All the music in this program are taken from the Creative Commons ccMixter.org project. The songs use the Creative Commons attribution license, and the purpose of the intros is primarily to meet the obligation that the artists receive credit for their work. (I would actually prefer fewer intros as it tends to disrupt the tempo.) Under those terms, the songs can be copied and used freely, though whether they can be used for commercial purposes depends on the individual songs. For personal enjoyment, please feel free to copy and use this audio however you wish. Please continue to give credit to the artists.

From a technical standpoint, I did some experimentation with audio equipment I have on hand to try and give the voice work a bit of depth. My primary tool was a decent voice mic, a Peavey Microbass amp and my Samsung Galaxy tablet, which has proven to do a remarkable good job of doing audio capture. I tried a couple different configurations with varying degrees of success. If I want to perfect the technique, I might add my Behringer mixer to the experiment to give myself a bit more control over the bass and maybe add a bit more treble. (That would make it sound a bit "brighter" and less "muddy".)

In order to put together the Rock Pilot episode of the WBRO Wake Up call, and in anticipation of doing additional episodes, I created attribution intros to quite a few song tracks from the Creative Commons ccMixter.org project. I realized that given the CC attribution license, I could take those intros, tracks and the Rock Pilot episode and make a CD that could be copied free of charge for personal use. Depending on the license, some tracks could even be copied for commercial use.

So before heading out to a conference in Dallas in September of 2019, for fun I made nine CDs and took them to hand out. I ended up handing out all but one of them, including giving 3 to a DJ named Dave that goes by "Double D". I told him to feel free to make copies, so others might be made in Dallas.

I placed the 30 minute Rock Pilot program at the very end of the CD, out of fear that if someone put it in their CD player they wouldn't realize that the CD had multiple tracks and that other than the Wakeup Call episode, which is 30 minutes long and contains several songs, they are free to skip around as they so choose.

The music itself is basically upbeat material that I enjoy and screened from CCMixture.org, though my library has a few other sources. I loosely refer to them collectively as "EDM", or Electronic Dance Music, as it a term that has meaning to a lot of folks. How someone actually uses the music, of course, is entirely up to them. :)

Bible Verses: "Who will go into torment?"

The talk went great and the crowd was AWESOME! :)

I am sad to see that 2019 was DerbyCon's last year,
at least they didn't lose sleep over Covid. Picked the right year. 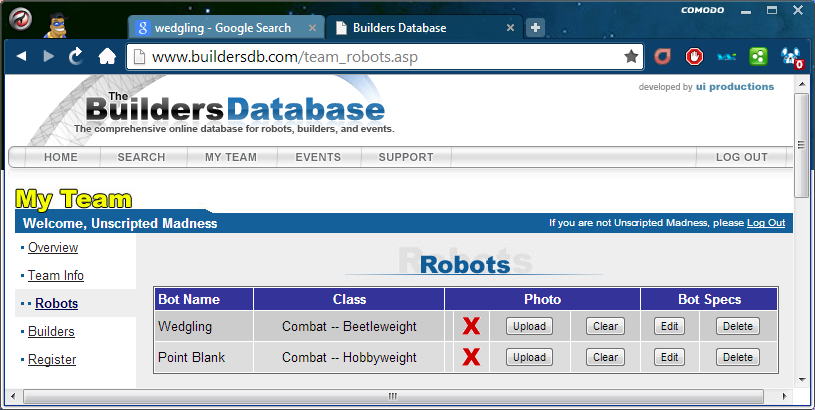 Don't watch this if your name happens to be Steve.

"Unscripted Madness" is a Trademark of UnscriptedMadness.com